All shows until spring are cancelled or postponed – but we‘ll be back : )

So many difficulties the past two years.... But things got sorted and sometimes even improved.

Some of you could already see on last years shows Mario is doing really good on bass.

We finally found a new home for rehearsing. Thanks to Lee Harvey & The Oswalds
http://www.leeharvey.de/ ! And thanks as well to Godsground https://godsground.bandcamp.com/ who
helped us out inbetween!
With Steffen Wünscher I found a new competent and reliable webmaster. For technical reasons we had to
install a new website pretty short-term in December. Which we improved now : )
Not to forget I had to change the pressing factory for vinyl. As it turns out the former manufacturer didn‘t
take good care about my tools so new ones have to be made for most albums. But I want to make an
opportunity of this let down, making use of the studio-possibilities I have today to improve the sound
quality of old masters.

And with this we get to the new

The LPs are scheduled to leave the factory on February 2nd. I will immediately start with shipping. The
limited edition is sold out by preorders from my side but I‘m sure you can purchase it at the one or other
retailer still.

Elektrohasch 062 – Colour Haze – Live Vol. 3 – 2020 LP / Download
The lockdown year and no rehearsal room. But we wanted to play – of course! So we moved into the
Panorama Studio, Pfaffenhofen a.d.Ilm for a while. Well, we couldn‘t leave the possibilities of a studio
aside. So Stephan Ebertshauser recorded on two evenings the set of the cancelled „We Are“-Tour – live
and without overdubs. The best of these recordings – a great new arrangement of „Moon“, „Überall“ in
the powerful new version with Jan and „Freude III“ are on the A-side of this LP. On the B-side is the great
„Transformation“-version of the Freak Valley Festival streaming concert which didn‘t come quite off in
the original stream – digital restaurated and now mixed properly. The last record with Philipp Rasthofer...
The LP will be delivered in April. There is also a handnumbered limited 500 copies edition on red vinyl. I
won‘t release a CD for now.

Elektrohasch 003-3 Colour Haze – s/t remaster LP / Download
As first remaster Colour Haze will be delivered from the factory in May. It took many hours to transfer
the music from the unfortunately damaged original tapes. With care and attention I remastered them all
analogue and I think it turned out quite well : )
The plain Download-Version comes in the package of „Colour Haze“ and „2004 Extended Play“ .

Elektrohasch 004 Colour Haze – 2004 Extended Play LP / Download
Foremost because of limited playing time „Mountain“ and „Flowers“ so far only have been an „extra“ on
the „Colour Haze“ CD. On vinyl these songs have only been released on the long sold out split 7“ with
Gas Giant and the split 10“ with Hypnos 69.
Along with „Amo Te“, so far only released on mentioned 10“ and „Raumschiffkommandant“ - a track
made for „The Psychedelic Avengers“ - soundtrack of an imaginarySci-Fi-B-Movie – all these recordings
from 2004 are now remastered on this new EP (which has about 35 minutes playing time)
The delivery of the LP is scheduled by the factory for June. There is also a handnumbered limited 500
copies edition on colored vinyl. I won‘t release a CD for now.
The plain Download-Version comes in the package of „Colour Haze“ and „2004 Extended Play“ .

Elektrohasch 005-2 Colour Haze – Tempel – remaster LP
The delivery is scheduled for July by the pressing factory.
All The Best 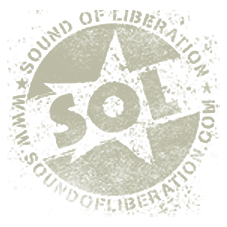 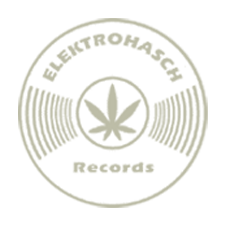